In November 2016, City voters approved a twenty-year ½-cent general sales tax to invest in the on-going maintenance, upgrade or replacement of the City’s infrastructure. While there is technically no restriction on the use of Measure K funds because it is a general sales tax, the City Council and City voters have expressed strong support for the utilization of Measure K funds for the construction and operation of a new City library, as well as the on-going enhancement of City streets, storm drain facilities, and bike/pedestrian facilities. Over the next 2-year budget period, a total of $27,563,923 in Measure K funds or Measure K financed bond revenue are planned to be expended, including $1,335,000 programmed for the City’s Street Resurfacing Program, Storm Drain Improvement Program, and Pedestrian and Bicycle Program. A Measure K financed bond will provide $26,228,923 in needed revenue for the construction of the New City Library and the Oak Park Boulevard/Monticello Avenue Roadway Improvements Project (which provides the access roads for the new City library).  ​​​ 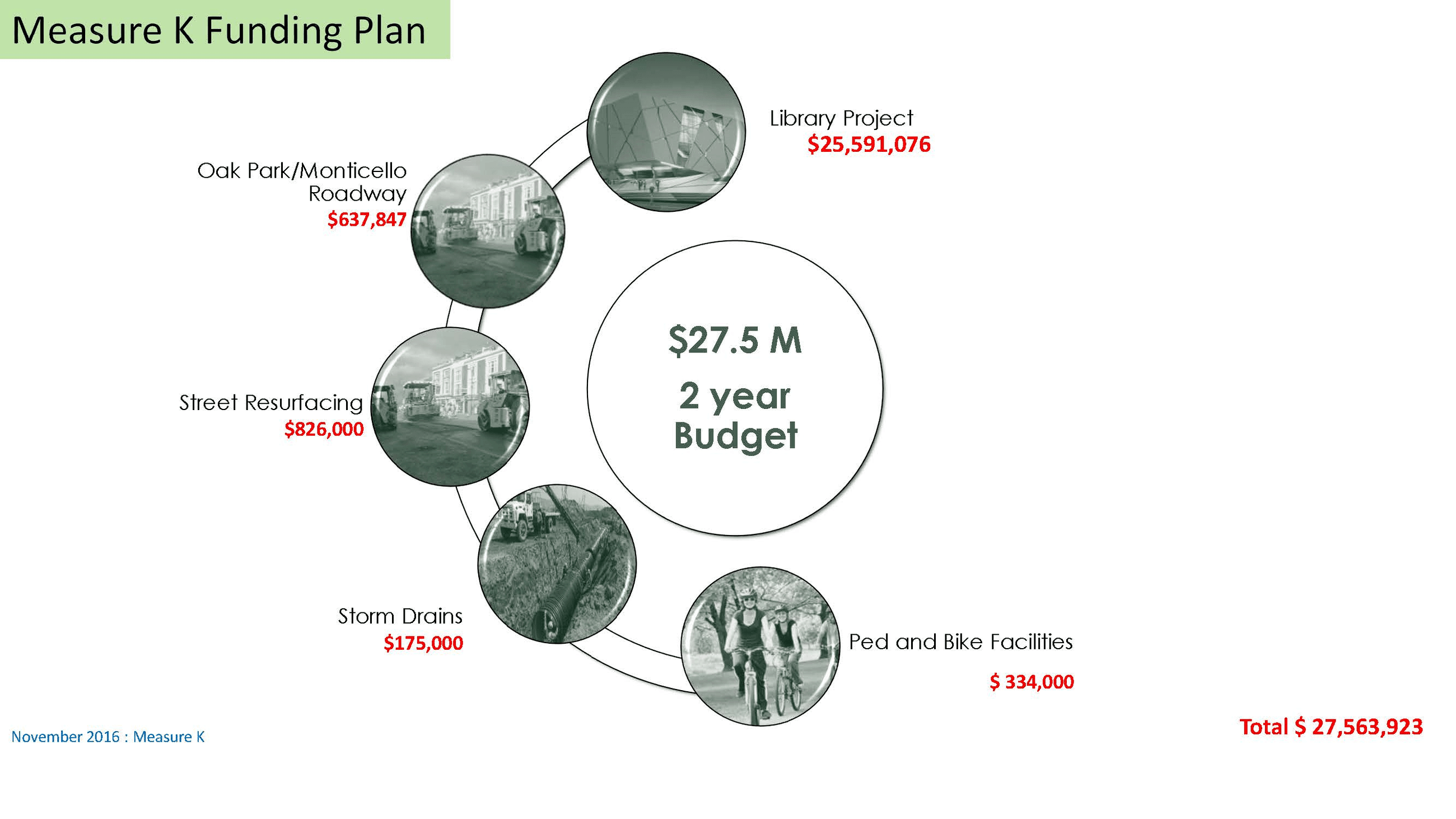