The Soldier's Memorial Monument was dedicated on December 11, 1927, after a decade of fundraising. It was designed by sculptor Ralph Stackpole.

Ralph was a well-known San Francisco artist who designed the monument, and other architectural features, for the Palace of Varied Industry at the Pan Pacific International Exposition. He was a friend of Diego Rivera and was involved in the labor movements of the 1920s and 30s. A staircase inside the tower leads to a viewing area at the top, which is closed to the public. The bas-relief soldiers at the top of the monument depict three white soldiers and one black soldier. It was meant as a memorial to the soldiers who had died in World War I.

To allow for road expansion, it was moved to its present location at the corner of Boyd Road at Contra Costa Highway in 1954, when it was rededicated to include veterans of WWII and the Korean War. 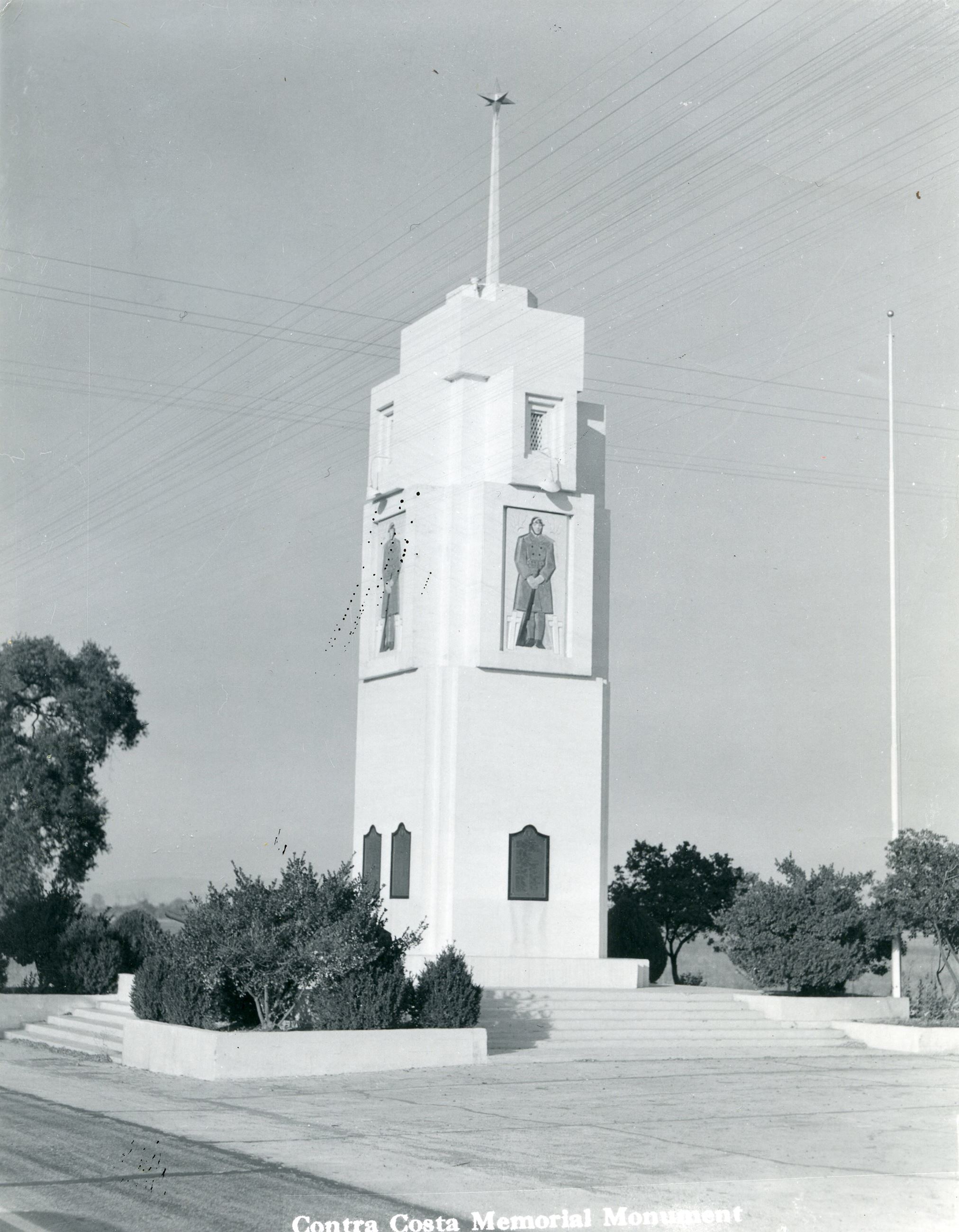 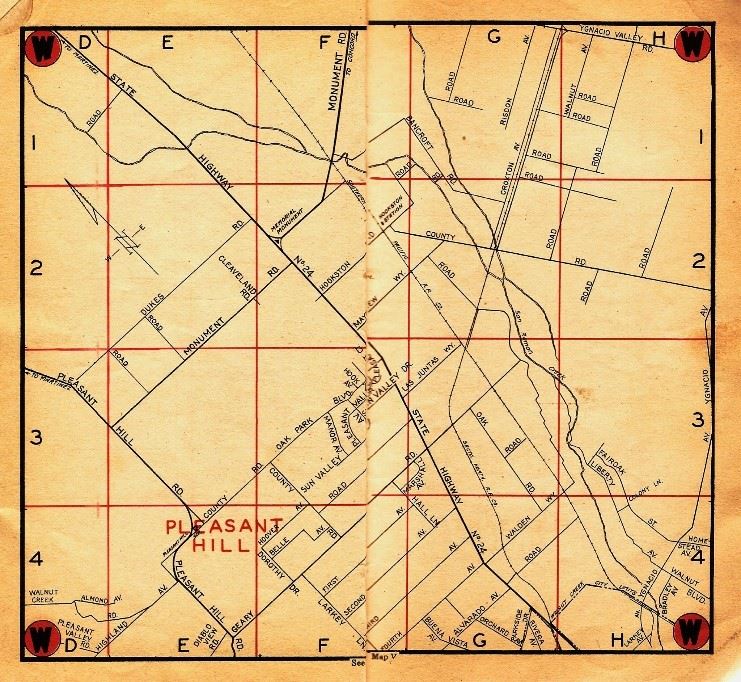 (Above) 1942 Thomas Brothers map of Pleasant Hill, the Monument in its original location (built in 1927, moved in 1954) and the Sacramento Northern and Sothern Pacific railroad tracks cross at Las Juntas (Iron Horse Trail). 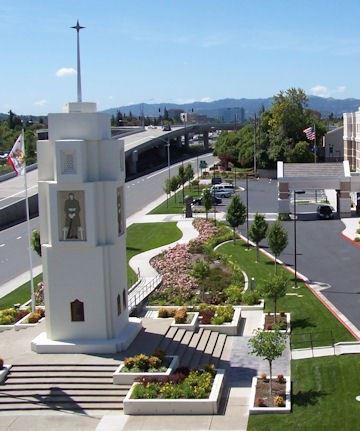 Site #2 is known in Pleasant Hill as a place for music festivals and a place for having picnics, softball and outdoor aquatics! Go to that site, and scan the QR code to continue with your Scanenger Hunt!