Sherman Acres is situated on what used to be Sherman Army Airfield, a small airfield dedicated in 1941 and used during WWII.

The 107-acre airfield was named after Dr. Samuel R. Sherman, who helped to provide the financing for the airfield. The field had two 2,800' runways in an X-shape, with two hangars. In 1942 they started navigation and instrument flight training with two Stinson Reliants and a Waco VKS-7. Use of the field for navigation and instrument flight training ended in 1944. After World War II it operated as a civilian airport. The airport property was sold in 1950 for real estate development.

Houses have been built on the former property and a drive-in movie theatre once occupied the western end of the field, but it is now a shopping center. However, if you look at the small neighborhood park in Sherman Acres, you’ll likely find a small play structure that pays homage to the airfield. 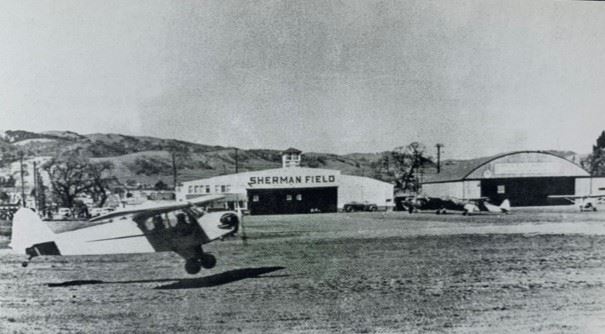 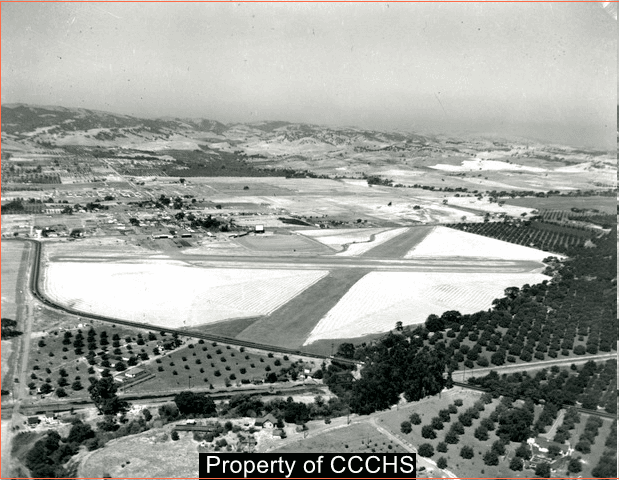 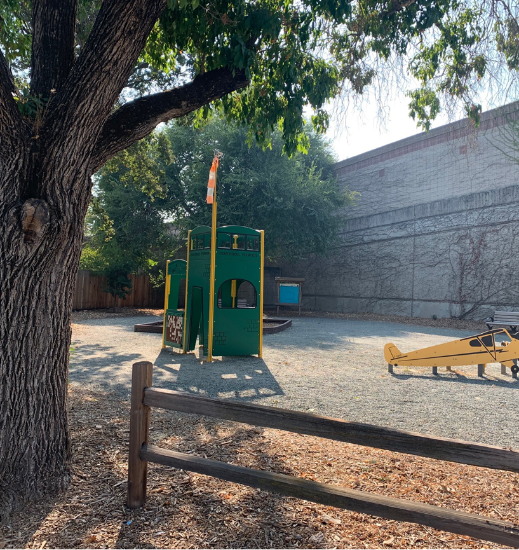 (Above) one of the few symbolic remnants of the airfield sits in this small playground, where youngsters can ride a toy airplane, their imaginations taking them up into the clouds.
CLUE TO THE NEXT SITE: Site #9 is a story of Pleasant Hill’s investment in education and literacy. The hunt ends here at a location that celebrates the City’s past and future.

NOTE:  This is site #8 of 9. To start from the beginning, site #1 is a beautiful structure honoring our veterans that is visible from I-680 and near downtown Pleasant Hill.